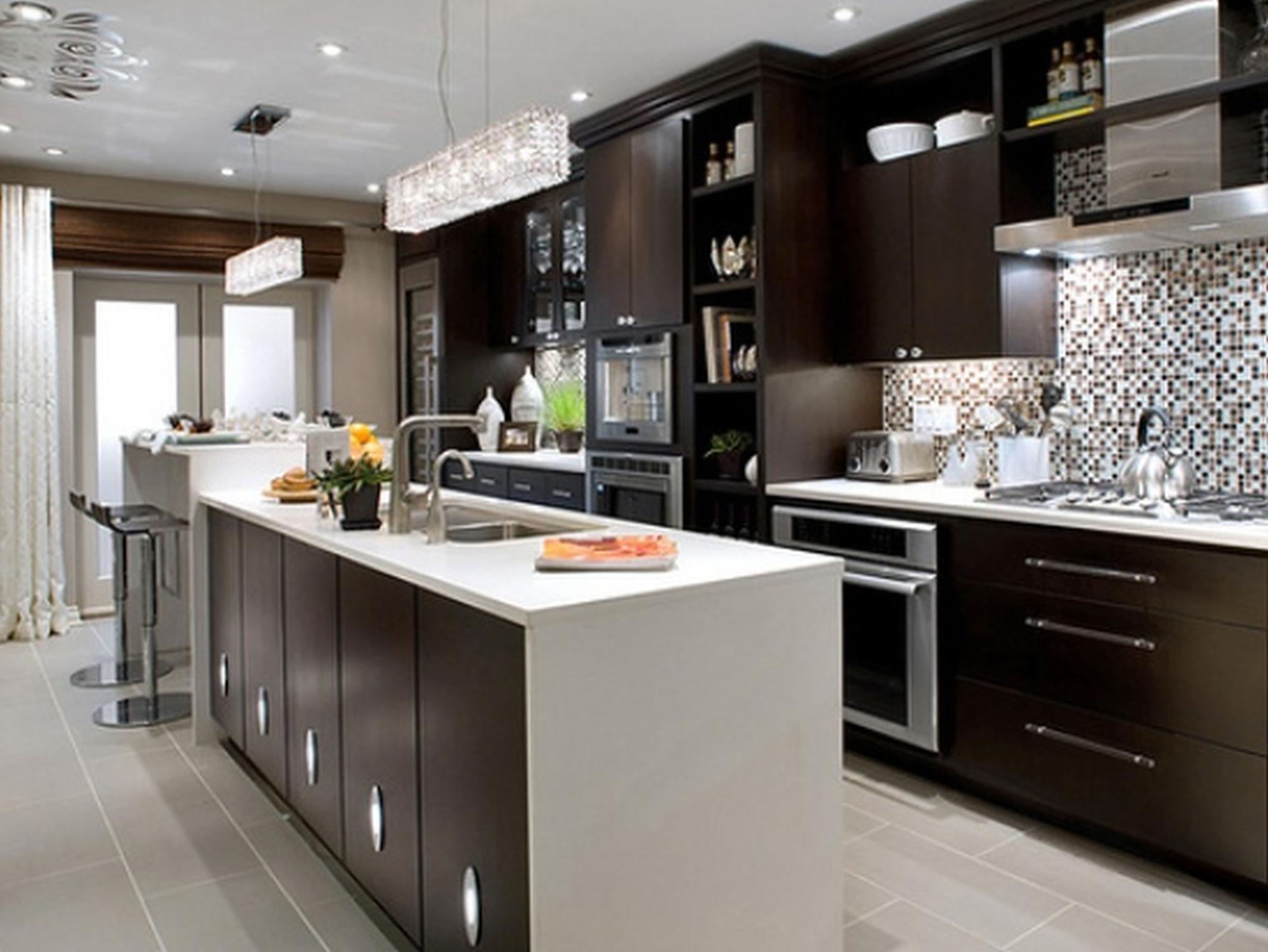 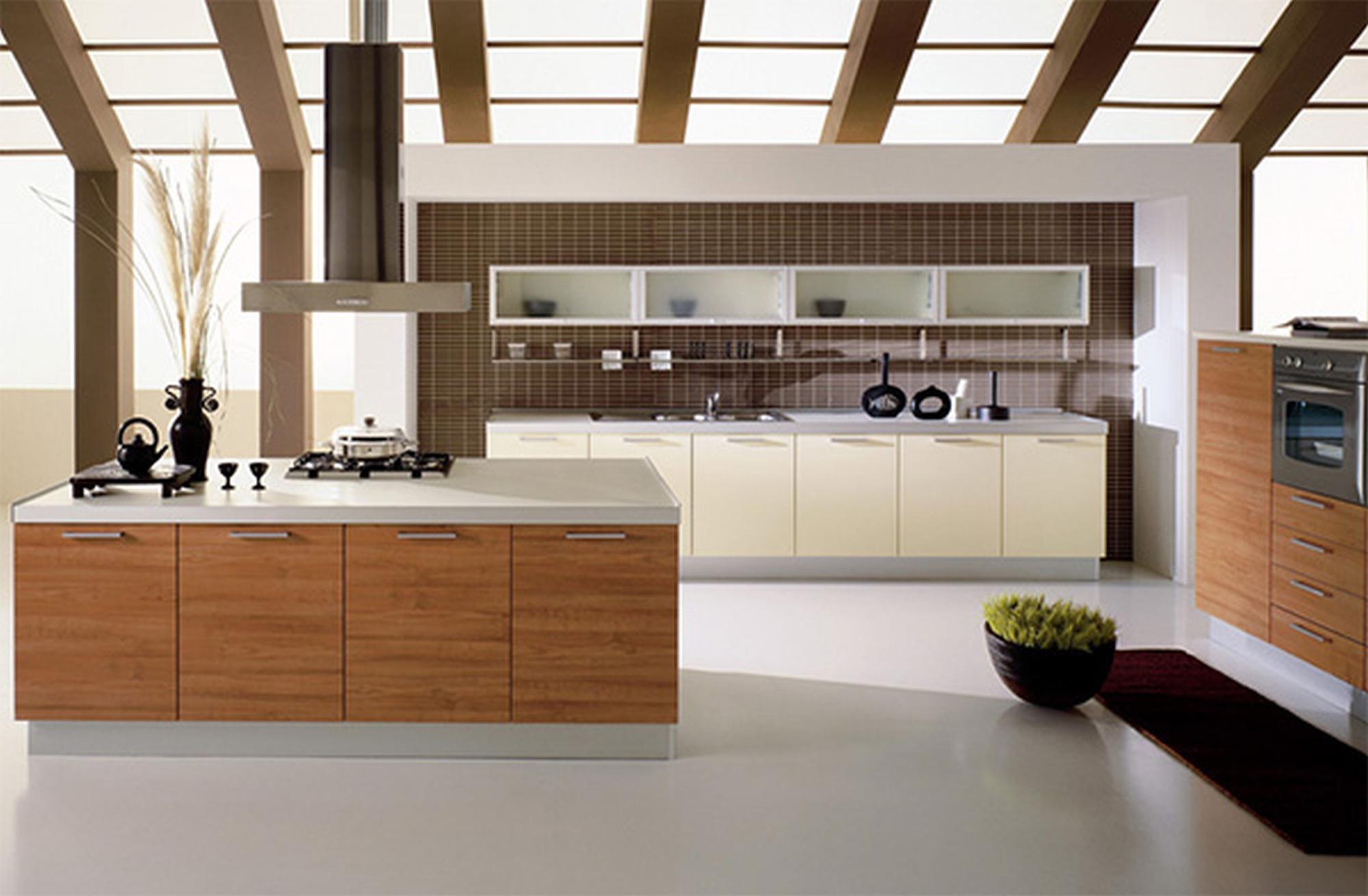 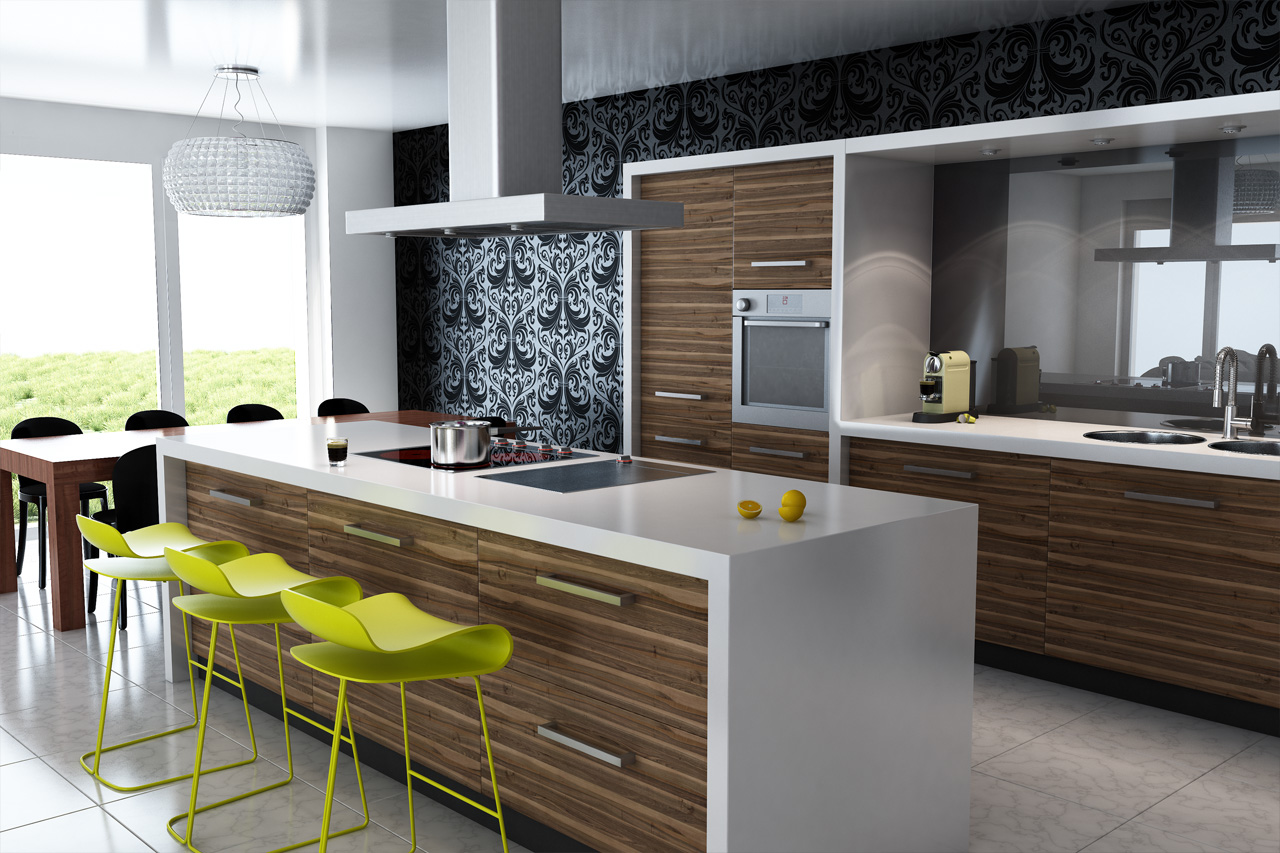 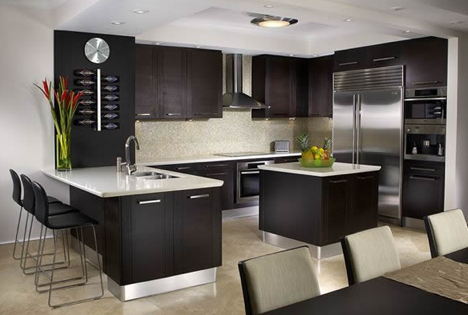 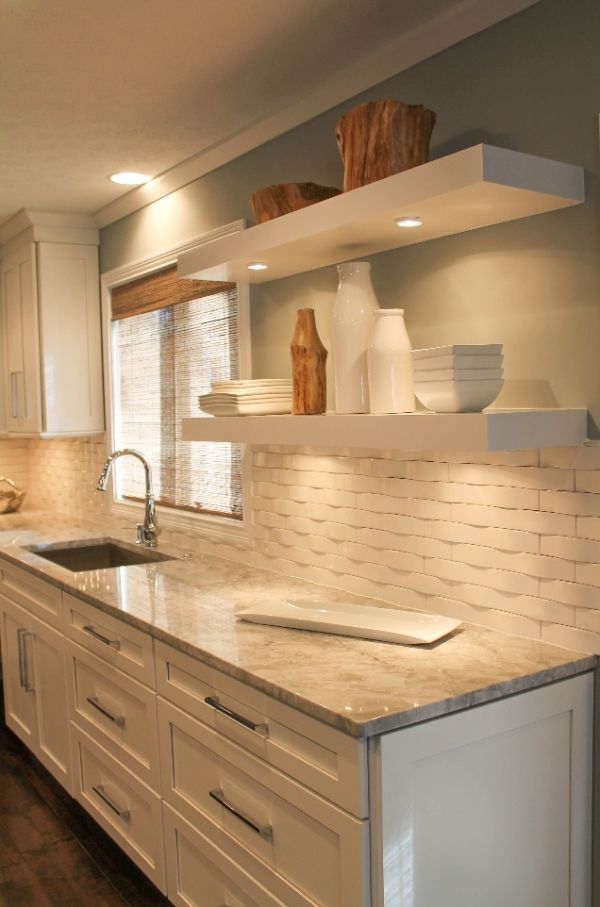 Definitions of "modern" vary widely, but when we think of modern kitchen designs, we often think of frameless cabinets, sleek and simple hardware, strong horizontal lines and a lack of ornamentation, with the natural beauty of the materials shining through.

This is sometimes referred to as a slab-door style and is a signature element of modern kitchen design. You might see a modern kitchen using a Shaker door               style, but that often falls into transitional rather than modern — which is not to say it can't be used; it's just not a purist's perspective.

A bunch of terms are thrown around to describe this type of cabinet construction: frameless, Euro frameless, overlay, full overlay. They all mean the same thing,         that the door overlays the cabinet box. This style is the most often used in modern kitchens because it's sleeker than a flush-inset cabinet, which is often                         associated with more traditional kitchen, cabinet and furniture design.

In modern kitchens you'll most often see C-channel hardware that's integrated into the cabinet, as well as tubular pulls or flat linear pulls. Lots of times the                  horizontal lines of the cabinets will be accentuated by cabinet hardware running the full length of the drawers and doors.

Always a signature of modern, this is often where contemporary and modern stop being similar. Whereas you might see patterned tile shapes or multiple                     materials with texture, color and patina in a contemporary kitchen, you won't see much of that in a modern kitchen. Flat-panel door styles and sleek hardware           are joined here by a simple full-height glass backsplash and countertops without any pattern or veining.

5. Reliance on the beauty of natural materials

It's not to say that modern kitchens can't have a little bit of ornamentation, but when they do, they get it from the natural characteristics in a material, such as the        horizontal grain of oak when it's rift cut or the natural beauty and veining of marble.

6. Consistency in style of accent pieces

Accents like lighting, tables, chairs and bar stools all have to be considered when designing a kitchen. In a modern kitchen these elements will stay consistent              rather than deviate like you'd see in an eclectic kitchen.